ACTION COMICS 292, September 1962, was published around July 26, 1962. It contained 32 pages for the cover price of 12¢. The editor was Mort Weisinger, and the cover was pencilled by Curt Swan and inked by George Klein.

- The 14 page Superman story was titled WHEN SUPERMAN DEFENDED HIS ARCH-ENEMY. No writer was credited,  but the artist was Al Plastino. This story has been reprinted in SHOWCASE PRESENTS: SUPERMAN vol. III.

- The 11 page Supergirl story was titled, THE SUPER-STEED OF STEEL, written by Leo Dorfman and drawn by Jim Mooney. This story has been reprinted in SHOWCASE PRESENTS: SUPERGIRL vol. II.

I also update the story of Al Plastino's art for the SUPERMAN 170 story, SUPERMAN'S MISSION FOR PRESIDENT KENNEDY, which he had intended to be donated to the JFK Presidential Library, but instead recently surfaced for auction.

Superman Homepage writer Adam Dechanel is the writer and co-director of a play that will be performed during the holiday season in London. Go to http://thejunglebook.eu/ for more information. A video trailer can be found here. 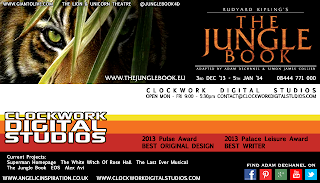 The theme of this podcast is PLANS IN MOTION, composed by Kevin MacLeod, and part of the royalty free music library at http://incompetech.com/.

Superman and all related characters are trademark and copyright DC Comics. Any art shown on this podcast is for entertainment purposes only, and not for profit. I make no claims of ownership of these images, nor do I earn any money from this podcast.

Thanks for listening to the SUPERMAN FAN PODCAST and, as always, thanks to Jerry Siegel and Joe Shuster, creators of Superman!